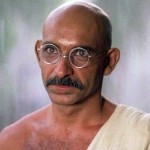 In any earth-shattering journey you’re gonna run into some unanswerable questions, some intractable dilemmas, some jokes without punchlines or words without letters. In my case I have encountered a catch-22 like you would expect to find primarily during time travel. On one hand, I have vowed to myself that if I see a movie with plans to write about it, but then I don’t feel like I have anything very interesting to say about it, then I won’t write a review. On the other hand I’ve vowed to myself to try to review every movie on the BADASS 100. In this case I’ve decided to betray one aspect of Excellence and side with vow #2. Please forgive me if I made the wrong choice.

I know when SEXY BEAST came out everybody said it was good. I didn’t trust it though because I got burnt by SNATCH and nobody else seemed as sick of that type of shit as I was. They were right: except for some computery music this wasn’t much like a Guy Ritchie picture. The story centers not on hipsters but on old guys. Ray Winstone plays a retired gangster who’s not really supposed to be cool, unless it’s in a “this guy doesn’t give a fuck about anything” type of cool. The overly long opening scene is mostly gross-out shots of him oiling his horrible red belly while sunbathing by the pool.

The movie is mainly about an asshole not-retired gangster (Ben Kingsley) coming to Winstone’s house and trying to force him to do another job. He just doesn’t want to take the risk, or to damage the happy legit life he has with his wife. But this is a guy you do not say ‘no’ to.

Kingsley is, of course, great. He probaly got extra mileage since he’s Gandhi playing a cold-hearted bastard. Not just a violent gangster but a petty-minded, childish bully who can’t step onto a plane without getting into a war over a cigarette. Just a complete prick. And he’s got a comedic side because you realize his stubbornness is not as much about Winstone doing the job as about having a thing for Winstone’s friend’s wife. But the funny parts don’t take away the threat. He’s genuinely scary.

And I would guess that Kingsley’s performance is 100% of the reason my colleagues in the World Badass Committee voted this movie onto the list at #81. I am not ashamed to have him join the pantheon with Yojimbo, John McClane, the Man With No Name and Ghost Dog, but to be frankly honest I don’t agree with it. It’s a good character and a pretty enjoyable story. Some funny and unique conflict, some decent caper business at the end, but I guess I just don’t get the level of acclaim it got. The filmatism is a little flashy/cheesy – director John Glazer seemed way more skilled on his second movie, BIRTH. And I gotta admit, I don’t understand at all why it starts showing flashes of some monstrous bunnyman. If that was literal and one of these guys was some kind of wererabbit that wasn’t explained very well. If it was symbolic it was just kind of stupid. I’m not sure what he was raching for with that shit, but I don’t think his fingers touched it. I guess the only good thing about it is it leaves it open for SEXY BEASTS. How you gonna deal with a whole herd of bunny monsters?

I suspect that to really appreciate this as much as everybody else I’d have to travel back in time and convince my past self to go see it in a theater. Then I could go more out of the novelty of Killer Gandhi because I wouldn’t have heard about it for years. I could have a breath of fresh air from the type of British crime movies of the time. I wouldn’t expect as much from Glazer, since he’d be a rookie. It would be an all around more pleasant experience. Only problem is my other self would end up getting impossible expecations, not from the hype but from the circumstances of seeing it. Any time your future self travels back in time to tell you to watch a particular movie I figure you’re gonna expect a hell of a movie. So that’s another one of those paradoxes.

I guess the way to do it would be to sneak around in the shadows, trying to manipulate myself into seeing it wihout revealing myself. Leaving a ticket on the ground, for example. “Free movie,” I would think (would have thought) and have low expectations. Still, it’s time travel. There’s always that risk of fucking something up with the ol’ Butterfly Effect. Let’s say I dig the movie, I decide to go rent some of Kingsley’s other works. Next thing you know I decide to write a guied to the SPECIES series, I never write Seagalogy. You don’t wanna fuck with timeless. It’s bad news.

Shit, come to think of it, maybe that’s where the Sexy Beast came from: time travel. You remember DONNIE DARKO, there’s bunnyman involved in time travel, isn’t there? I forget how it works.

Anyway, bottom line: SEXY BEAST is pretty good, but not great. Maybe just not my thing.

This entry was posted on Wednesday, March 19th, 2008 at 2:30 pm and is filed under Reviews, Thriller. You can follow any responses to this entry through the RSS 2.0 feed. You can skip to the end and leave a response. Pinging is currently not allowed.