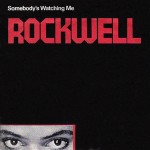 So a couple weeks ago I realized, shit, I’ve seen all of ’em except ELVIS: THE MOVIE. I’d been meaning to rent that one and so that day I finally decided to do it, get everything on the John Carpenter list crossed off. It was a 3 hour TV movie originally but the VHS release is a 2 hour theatrical cut. It’s slick and well made and it’s basically every musician biopic cliche all lined up in a row: the discovery of talent, the loyalty to old friends, spending money on the naive parents, the first girlfriend who leaves him, the new love, winning over her parents, the honeymoon is over (why the fuck you gonna marry Elvis and then ask him to stop doing music!?), the fall from grace, the amazing comeback.

I’ll be damned if I know what connects this stylistically to Carpenter. It’d be funny if it had his keyboard scoring, but it doesn’t. Historically though it’s monumental because this is where Carpenter met Kurt Russell. And Russell is fucking great, scowling and gyrating and just being Elvis. To do that much Elvis impersonating without seeming ridiculous is a real feat.

I even thought wait a minute – Bruce Campbell won’t do the sequel to BUBBA HO-TEP for whatever mysterious reason. Nobody thinks they can recast it. But what if Kurt Russell would do it? Then it could be a sequel to BUBBA HO-TEP and to ELVIS: THE MOVIE. He’d probaly want too much money but they at least gotta ask. That’s the one guy who would be a step up.

Anyway, I saw ELVIS: THE MOVIE. So that’s it. I’d seen them all then. The whole John Carpenter filmography from front to back. Well, everything except that other TV movie he did that year, but they never released that on video.

Later the same day I’m talking to a buddy, not even about Carpenter, and he says “You excited about SOMEONE’S WATCHING ME! coming out?”

So here we are in a world where SOMEONE’S WATCHING ME! is available on DVD, and now I’ve seen that one too. It stars Lauren Hutton as a smartass director of live TV, new to L.A., who moves into a fancy apartment on the 43rd or so floor of a highrise. It faces another highrise, two seas of windows pointing at each other. So it’s hard for her to figure out who exactly it is over there that’s watching her in a telescope, calling her, and sneaking in when she’s not home. He’s playing a game, sending her packages, even a telescope so she can try to find him. Fuckin perverted astronomists.

Carpenter wrote the script and it has alot of smart little details. Like how her job as a director mirrors the voyeurism of her stalker, she’s watching all these cameras and controlling everthing through a microphone from another room. Or the way she talks to herself, so the first time the stalker spots her he can see this and I wondered if maybe this is what he likes about her, maybe he pretends she’s talking to him, or maybe he feels he’s invading her thoughts when he bugs her and hears things no one is intended to hear. Also I like the way men are always hitting on her and she knows how to hand it, so when she’s getting stalked she refuses to move away. She wants to beat this fucker at his own game. The only part I thought was dumb was that she leaves her curtains open, and even has sex with her boyfriend out in the open, and doesn’t think about that she’s obviously being watched.

Carpenter didn’t do the score. It’s a perfectly fine and normal orchestral thriller score. But it makes you realize that in the beginning Carpenter must’ve done the scores himself because he couldn’t afford to hire somebody else, not because he knew how perfect his style would be. Thank God he didn’t get a normal composer for HALLOWEEN (which he started filming 2 weeks after he finished this one).

In other ways though it does feel like Carpenter, and it definitely rises above being a TV movie. I’m not gonna say it’s as good as DUEL, but man, isn’t weird to think they used to make TV movies this good? This could pass for a theatrical release if it wasn’t full frame. Like the opening of HALLOWEEN he uses POV shots (both for the stalker and the victim) very effectively. He keeps the stalker mostly faceless, you usually just see an eye in closeup or catch a glimpse of him darting through her apartment behind her back. God damn, a TV movie that’s more tense than most theatrical thrillers and horrors these days!

It also has future Carpenter regular/ex-wife Adrienne Barbeau, playing a lesbian but looking less butch than usual. And Charles Cyphers, the sherriff of Haddonfield in HALLOWEEN, plays almost the same role here. Guess he got transferred.

So now it’s up to John Carpenter to make some new movies so I can reinstate a checklist. Otherwise it’s all over for me. But he’s had a good run and I thank and congratulate him for his valor. If you are going down your checklist I recommend putting SOMEONE IS WATCHING ME! high up. Don’t let the TV movie thing scare you off, this is his best television work and better than some of the theatrical releases.

John Carpenter TV movies
This entry was posted on Friday, October 5th, 2007 at 10:45 am and is filed under Horror, Mystery, Reviews, Thriller. You can follow any responses to this entry through the RSS 2.0 feed. You can leave a response, or trackback from your own site.

5 Responses to “Someone’s Watching Me!”