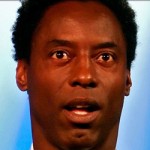 This got lost in the e-mail last week, which sucks. An unpublished Vern review is like an unrecorded McCartney/Lennon song. Even if it’s for WILD THINGS 2.

Not sure if you got this review that I sent you boys last week. Maybe you didn’t feel it was up to my meticulous standards. But I feel the people have a right to know. A right to know that there is a WILD THINGS 2.

So yep, I saw WILD THINGS 2. Unneccessary direct to video sequel to underrecognized 1998 John McNaughton masterpiece. And believe it or not I’ve been waiting for this one anxiously. Not expecting it would be anything other than garbage, but just hoping on the off chance that maybe it would be fun. Yeah, I’ll give you two guesses which one it was. The first one. The one about the garbage, and the not being anything other than, or whatever it was I just said. 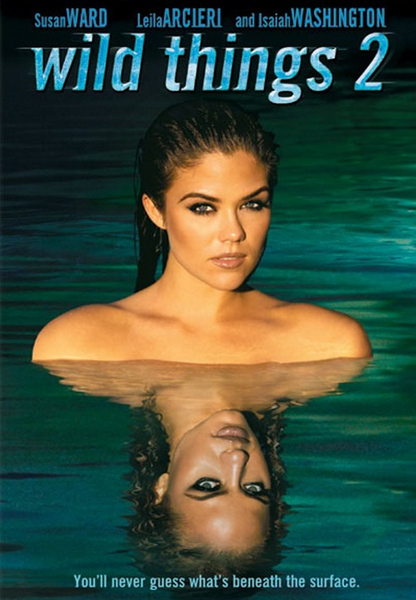 There are a couple of ways you could do a sequel to WILD THINGS. All of them would be bad.

Well, when I heard they were making WILD THINGS 2 (working title: THE GLADES) I assumed they were going for #3. A new tale of crime in the etc. etc. (you can read it again, I’m not gonna retype the whole fucking thing). But instead they invented approach #4: a new set of characters in the same place re-enacts the same story with minor variations and a different ending.

The opening scene seems promising. A young Denise Richards-type rides out into the swamp in one of those hovercraft deals, and drops flowers into the water in memory of her dearly departed mother. After a moment of contemplation, a bunch of crocodiles come up and eat the flowers.

Already it’s different, because you’ve got this dead mother involved. and yes, technically, the plot is different. Instead of an alleged rape, it has to do with an inheritance – the stepfather of the Rich Girl Denise Richards Type dies, and a Swamp Girl Neve Campbell Type comes out of the woodwork to reveal that she’s step dad’s secret love child, and therefore the legitimate heir to the fortune. So yes, it’s a somewhat different story, but it’s told in the same fucking way.

They redo the assembly at Blue Bay High School. Linden Ashby from MORTAL KOMBATT sits in for Kevin Bacon. The kids make the same type of smartass comments to interupt the presentation. The Neve character is given a more exaggerated tough bitch swamp girl introduction (she later does a gratuitous motorcycle wheelie, which I appreciated).

They redo the shocking show trial, complete with “You skanky bitch!” type outburst. Minus Bill Murray.

Of course the other twist is that NOBODY IS FUCKING SURPRISED. I’m sure the reason so many young newsies love that scene in the original is because it’s a threesome scene with boobies, and they haven’t found out about pornography yet. But the reason why it is a classic scene of modern cinema is because it is such a ridiculous out of the blue plot twist. Up until this point the movie has been pretending to be a sleazy late night Cinemax movie about femme fatales framing their teacher for rape. But now the movie reveals that it’s been fucking with us the whole time, and that’s only the beginning. That’s not gonna happen in WILD THINGS 2 because we already know what’s gonna happen. We’re not retards. We knew from the beginning that these three were gonna be in on something together, and the movie acts like we’re fucking surprised when they reveal what we expected in the same way we expected?

For a minute I started thinking wait a minute, what if THIS is the trick? What if they’re making us feel safe by rehashing WILD THINGS so blatantly, only to suddenly give us a surprise sucker punch to the balls and create something entirely new and shocking?

Nope. I’m sorry to report that I did not receive any surprise sucker punches to the balls, or any other metaphorical type anatomical area. They continue with the rehash. Voyeurism, heated paranoid arguments, lesbian kisses, sleazy motels, close call trying to hide a body, exaggerated class differences between rich beach people and gator bait swamp trash in trailer parks. No penis shots though, sorry. Small planes sit in for sail boats. Isaiah Washington (actually a really good actor, even in this crap) fills in for Kevin Bacon’s female detective partner as the moral center of the movie. Only in the last 15 minutes did things start to happen that I didn’t necessarily expect, but they weren’t outrageous enough to be that surprising, especially since (I don’t know if I mentioned this) I’ve already seen WILD THINGS.

And of course they repeat the gimmick of flashbacks during the end credits that fill in missing information and point to new betrayals. Whooptie doo.

Now, I’m guessing there will be one or maybe even two talkbackers who will disagree with me on this (these same fuckos that hate BLADE II, maybe) but I will argue to the death that WILD THINGS is a classic. McNaughton had been mostly a mixed bag since HENRY: PORTRAIT OF A SERIAL KILLER (NORMAL LIFE was okay) and then out of the blue he comes out with this crazy swamp noir/softcore porn parody. There is nothing else like it. It works on so many levels, it manipulates so cleverly, it twists so preposterously that even after seeing it several times you’re not really sure exactly what the whole scheme was, and you don’t care. Also, kids like it because there are boobs.

One of the things that makes it work so well the first time is that it’s such a surprise. So you can’t just remake it and get the same quality. It doesn’t work that way. And why would you do that for a sequel anyway? Most remakes don’t stay as close to the plot as this supposed sequel does. A good plot twist would’ve been for WILD THINGS 2 to actually be good. But it’s just a waste of time. Too bad they couldn’t figure out some way to do it. Oh well, I guess I’ll pin all my hopes on STARSHIP TROOPERS 2 now. No way that could go wrong, huh?

No, seriously though, guys.

award winning Writer on the films of Cinema

DTV DTV sequels
This entry was posted on Monday, March 8th, 2004 at 8:04 am and is filed under AICN, Reviews, Thriller. You can follow any responses to this entry through the RSS 2.0 feed. You can skip to the end and leave a response. Pinging is currently not allowed.