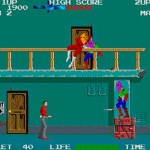 The picture opens with corny music as heroic Vietnam POWs arrive home at an airport, among them William Devane and Tommy Lee Jones. Mr. Devane will be our protagonist this evening, and as he pretends to enjoy the ceremony honoring him as a great american hero, you can tell right off the bat that he’s not quite there. He’s got a wife and kid waiting for him, and the kid doesn’t even remember him he’s been gone so long. Some guy named Cliff is there to give them a ride home. “You remember Cliff?” the wife says innocently, and you fuckin know what that means. END_OF_DOCUMENT_TOKEN_TO_BE_REPLACED