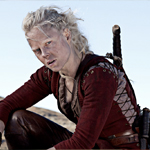 See, what Dagmar has planned for Signe is worse than what happened to her family. She says she’s barren, but Frigg needs a little sister. So you can see why Signe needs to flukt. Or escape.
END_OF_DOCUMENT_TOKEN_TO_BE_REPLACED