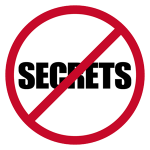 “People around the world have been talking about a movie so powerful that it can change the course of your life. ” –oprah.com

“If you’re talking about DIE HARD I agree.” –outlawvern.com

I am so happy and grateful now that I saw THE SECRET, because I can warn you not watch this shit.

Not too long ago I used to run into this drunk Native American gentlemen at bus stops who would tell me to go see WHAT THE COCKSUCKER DO WE KNOW, a movie that would change my life. Actually he called it WHAT THE BLEEP DO WE KNOW, but the title on the poster had a %$#^! type gibberish curse on it so I figured it was up to interpretation. Anyway, all the new agers and people you never knew were new agers were raving about it, and it played for months on end at one of the smaller Seattle theaters, making it the new NAPOLEON DYNAMITE. But I wasn’t sure if that was due to genuine demand or if the theater was rented out by the Ramtha cult. The movie features this crazy gal from Washington who makes lots of money pretending to channel the ancient wisdom of some Hagar the Horrible type warrior named Ramtha. That sounds like a funny movie, obviously, but I never gave it a shot. END_OF_DOCUMENT_TOKEN_TO_BE_REPLACED