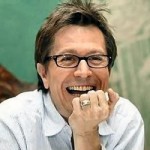 Gary Oldman plays Jack Romeo (well they didn’t call him that in the movie but I’ve decided Romeo is his last name, you got a problem with that asshole? I didn’t think so) a police sergeant who, even if he wasn’t a police sergeant, would have almost no redeeming qualities. Now I think Gary Oldman is a great actor judging from what I’ve seen of him in the fifth element and the true romance. But I mean jesus. This is a guy who can play characters with no soul, no heart, pure evil. He is a great villain. But he is not a good anti-hero or everyman who you want to follow into the dark side. And we’re not going to feel sorry for him. If this movie was going to work it would have needed someone who could invest the character with some type of infectious charisma that would make you want to side with a fucking dirty pig asswipe like Jack Romeo. END_OF_DOCUMENT_TOKEN_TO_BE_REPLACED