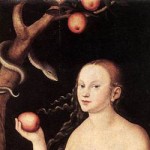 All about Eve is a very well made story about the New York theater type people – actors, producers, writers, columnists, wannabes. The Eve of the title is this young naive girl who’s a dedicated fan who goes to meet the famous actress Margot Channing. She doesn’t want to impose on her, she’s not some autograph seeker, but she’s seen every performance of this play so Margot’s best friend brings her backstage and before you know it she’s Margot’s assistant. And of course the movie depicts her rise from being this naive nobody to being an acclaimed but self centered actress like Margot. If you’ve seen Showgirls this is the same type of deal except without the swimming pool sex scene, otherwise it remains very faithful though. END_OF_DOCUMENT_TOKEN_TO_BE_REPLACED