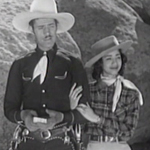 I don’t know what goes on in the schools today, but in the world of grownups it seems like the month isn’t that meaningful to most people. It seems more common to see it used for flimsy, borderline offensive corporate promotions than for any kind of legitimate attempt to fulfill the goal of bringing awareness to aspects of American and world culture that don’t tend to get enough recognition. END_OF_DOCUMENT_TOKEN_TO_BE_REPLACED