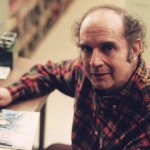 Anyway here’s the deal, I know you guys are still arguing about “is the Incredible Hulk phoney looking or not” and etc. but I got another comic book movie that is gonna blow you fuckers through the back of the theater. You thought Huge Ackman was born to play Wolverine, you thought Wesley Snipes redefined comic book acting with his performance in Blade, well what about Paul Giamatti playing Harvey Pekar in AMERICAN SPLENDOR? His super powers involve that he writes a comic book, he is a file clerk at a hospital, etc. This is a great performance and a good movie and why are you looking at me so blankly. It won sundance man come on. Did spider-man ever win sundance? Did snoopy ever win sundance? Not even once, in my opinion. END_OF_DOCUMENT_TOKEN_TO_BE_REPLACED