I wrote a thing for Punch To Kill #2 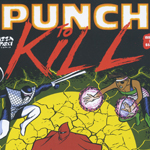 Over the years, I have given the impression to some that I look down on the comic strip books. In the interest of my new mission of spreading positivity throughout the universe, I have decided to make amends by providing an essay for the back of one of these picture pamphlets.

It’s called PUNCH TO KILL, it’s an independent comic by some Seattle guys, artist Marc Palm and writers Kevin Clarke and Wil Long. I wrote a page about women in b-action for the back of issue #2, but you should know about the thing anyway. So far it’s a gorey pop culture fever dream about a bunch of colorful characters having duels to the death and showcasing different fighting styles and finishing moves. I gave them a list of fighting tournament movies they should watch for research, but to me it seems to be influenced mainly by street fighting video games, GI Joe ninja stories, Lone Wolf and Cub and Shaw Brothers movies. My favorite thing about it is the sound effects: 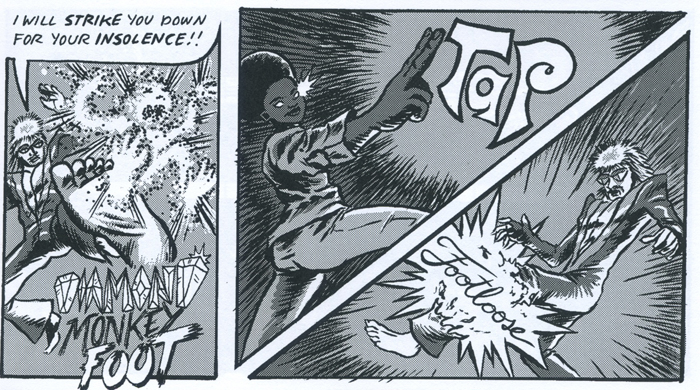 Anyway, definitely check it out if you’re into this type of business. THIS IS WHERE YOU ORDER IT FROM.