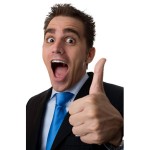 You might’ve heard of some of the things these guys did. Like the time they bought talking GI Joe and Barbie dolls, switched their voice boxes, then snuck them back into the toy stores. So kids were buying Barbie dolls talking about recon missions and GI Joes talking about shopping and math is hard. END_OF_DOCUMENT_TOKEN_TO_BE_REPLACED