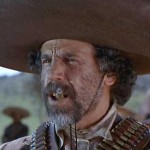 Now although Mr. Vadim is obviously one of the great filmmakers of our time, just based on those great accomplishments, I have not seen too many of his pictures. One I have seen is the Barbarella, which is about a gorgeous space gal going on adventures and etc. Excellent. Number two I have seen Dangerous Liasons 1968, a French version of that story which takes place in – you guessed it – 1968. And the music is jazz music by Thelonious Monk and Art Blakey. It stars Jeanne Moreau. Can’t remember if Roger married her too but it wouldn’t fucking surprise me. If not, I’m sure there was SOMETHING going on there, I mean think about it, this dude could accomplish anything he set his mind to. END_OF_DOCUMENT_TOKEN_TO_BE_REPLACED