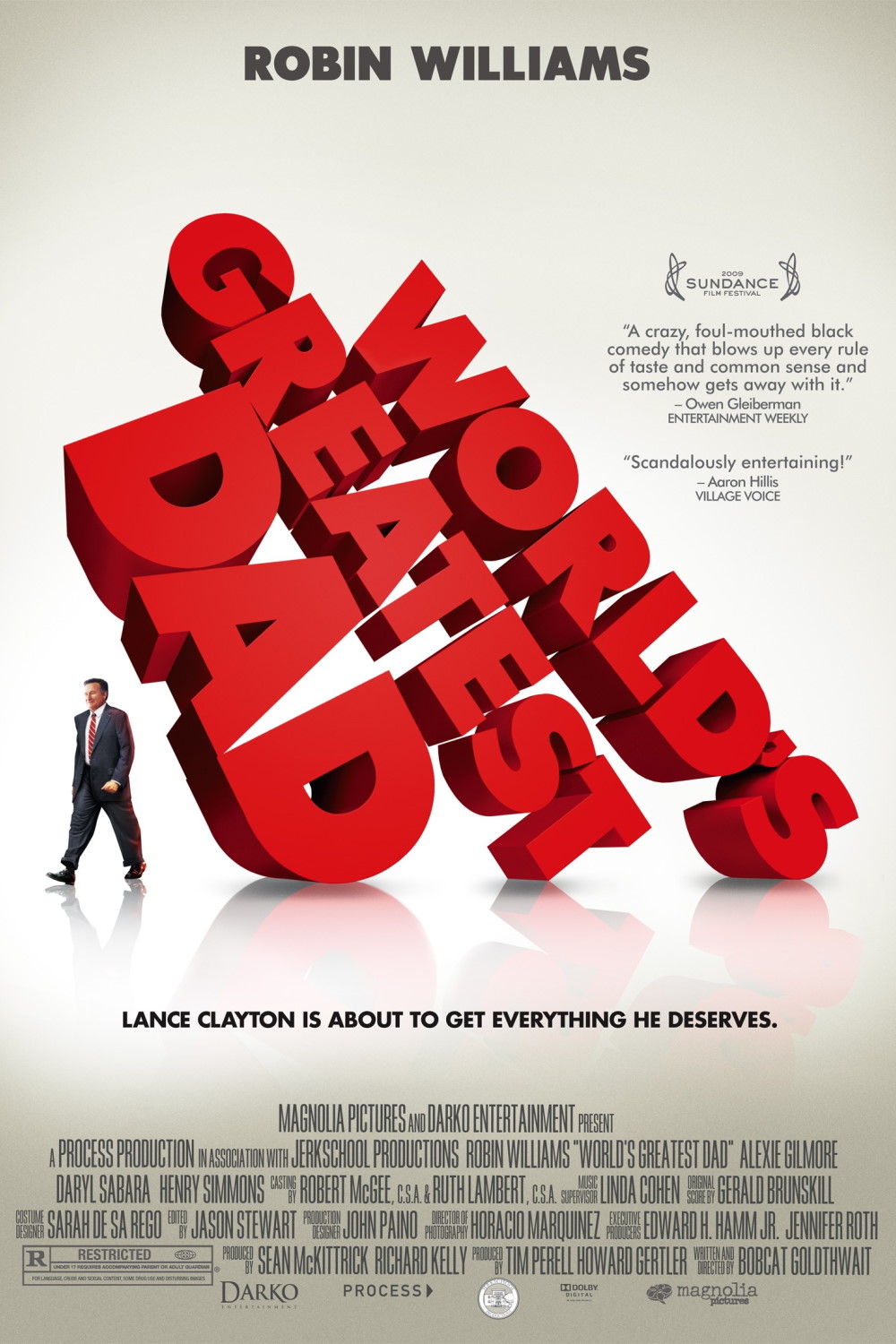 When his son’s body is found in a humiliating accident, a lonely high school teacher inadvertently attracts an overwhelming amount of community and media attention after covering up the truth with a phony suicide note.

That spoiler was the first thing I heard about the movie, but it happens maybe halfway through, so I probly shouldn’t have known about it. Anyway, it’s not what it sounds like. Considering that’s what it’s about it’s pretty upbeat. END_OF_DOCUMENT_TOKEN_TO_BE_REPLACED