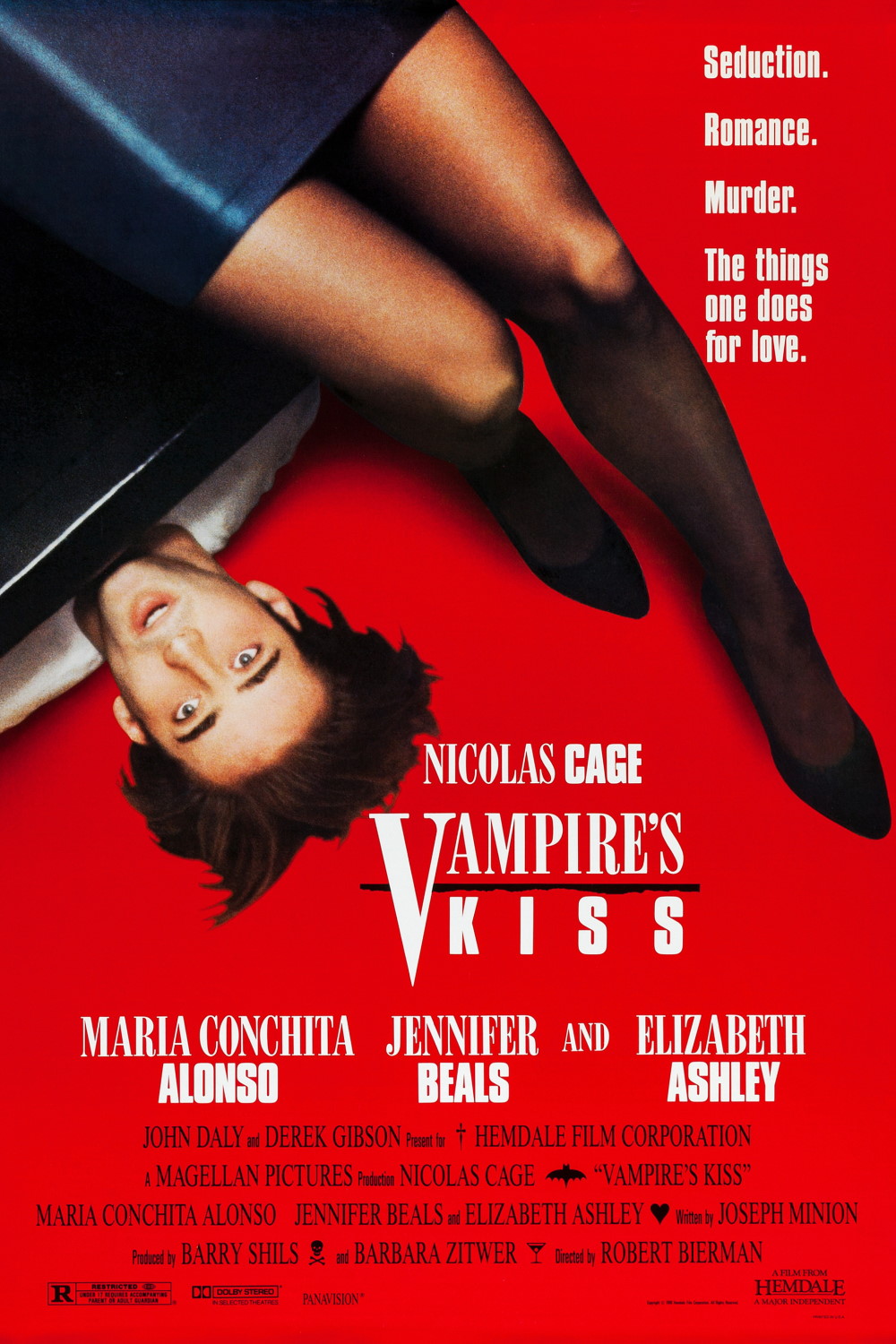 After an encounter with a neck-biter, a publishing executive thinks that he’s turning into a vampire.

Man, you guys were right about VAMPIRE’S KISS. You really can’t judge a DVD by its cover. I always imagined it was a typical dumb ’80s comedy, but it’s something totally different. The year was 1988, Nic Cage was in his early 20s and hungry – so hungry he ate a live roach on camera. And appparently it wasn’t in the script, it was his idea. Planned in advance though – he didn’t improvise it. That would’ve been even more impressive. But even separate of this roach-eating what this is is a grade-A example of mega-acting. END_OF_DOCUMENT_TOKEN_TO_BE_REPLACED