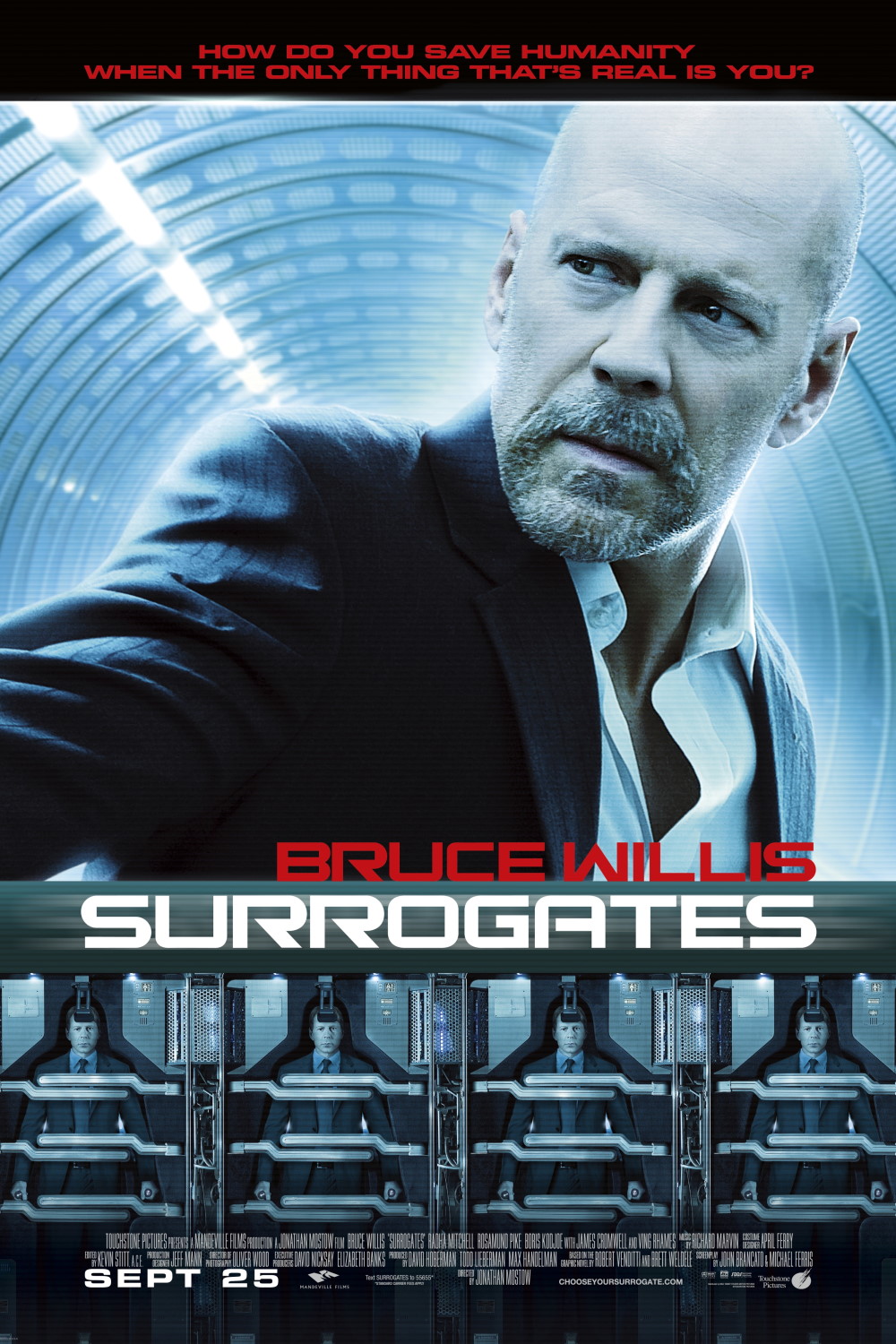 Set in a futuristic world where humans live in isolation and interact through surrogate robots, a cop is forced to leave his home for the first time in years in order to investigate the murders of others’ surrogates.

SURROGATES is TERMINATOR 3 director Jon Mostow (plus the writers of TERMINATOR 3-4) doing another robot movie, this time free of the expectations and mythology (and budget, from the looks of it) of the TERMINATOR series. The only thing they’re chained to is the “graphic novel” the ads say it’s based on, which means a comic book. Luckily they don’t have to be too careful about adapting it because nobody ever heard of it until it was being made into a movie. You show me someone who has read it and I’ll show you the guy that did the copy editing. I was gonna say the mom of the guy who wrote it but I doubt she read it either. This is not some iconic one everybody knows like Alan Moore’s Watchmen or Garfield’s Big Fat Hairy Deal. END_OF_DOCUMENT_TOKEN_TO_BE_REPLACED