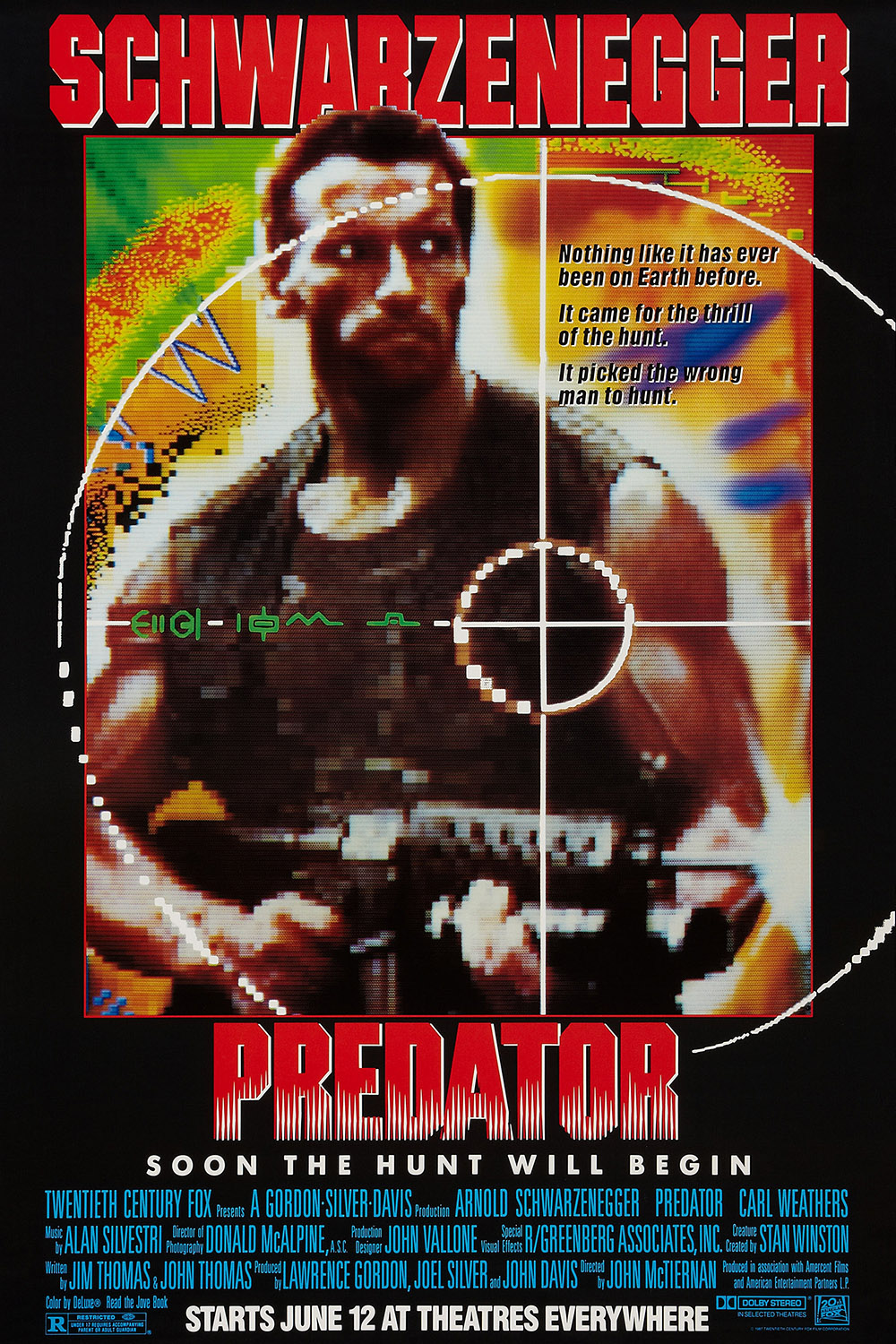 A team of commandos on a mission in a Central American jungle find themselves hunted by an extraterrestrial warrior.

Like E.T. THE EXTRA-TERRESTRIAL, PREDATOR doesn’t give us any backstory on the alien star. All we know is the guy is no botanist. Maybe an exotic meat salesman. It almost seems like an alien remake of FIRST BLOOD because you got this one crazy alien maniac out in the jungle by himself, taking on a couple platoons worth of elite soldiers and doing a pretty good job of it. John Rambo did some sick shit but he didn’t skin a bunch of guys and hang them upside down from the trees. He didn’t pull out people’s spines. So Predator’s got one on John. You even get the scene where Predator, like John, is wounded and has to do some makeshift surgery on himself. The only difference is he uses advanced alien technology to heal himself instead of just crudely sewing himself up. END_OF_DOCUMENT_TOKEN_TO_BE_REPLACED