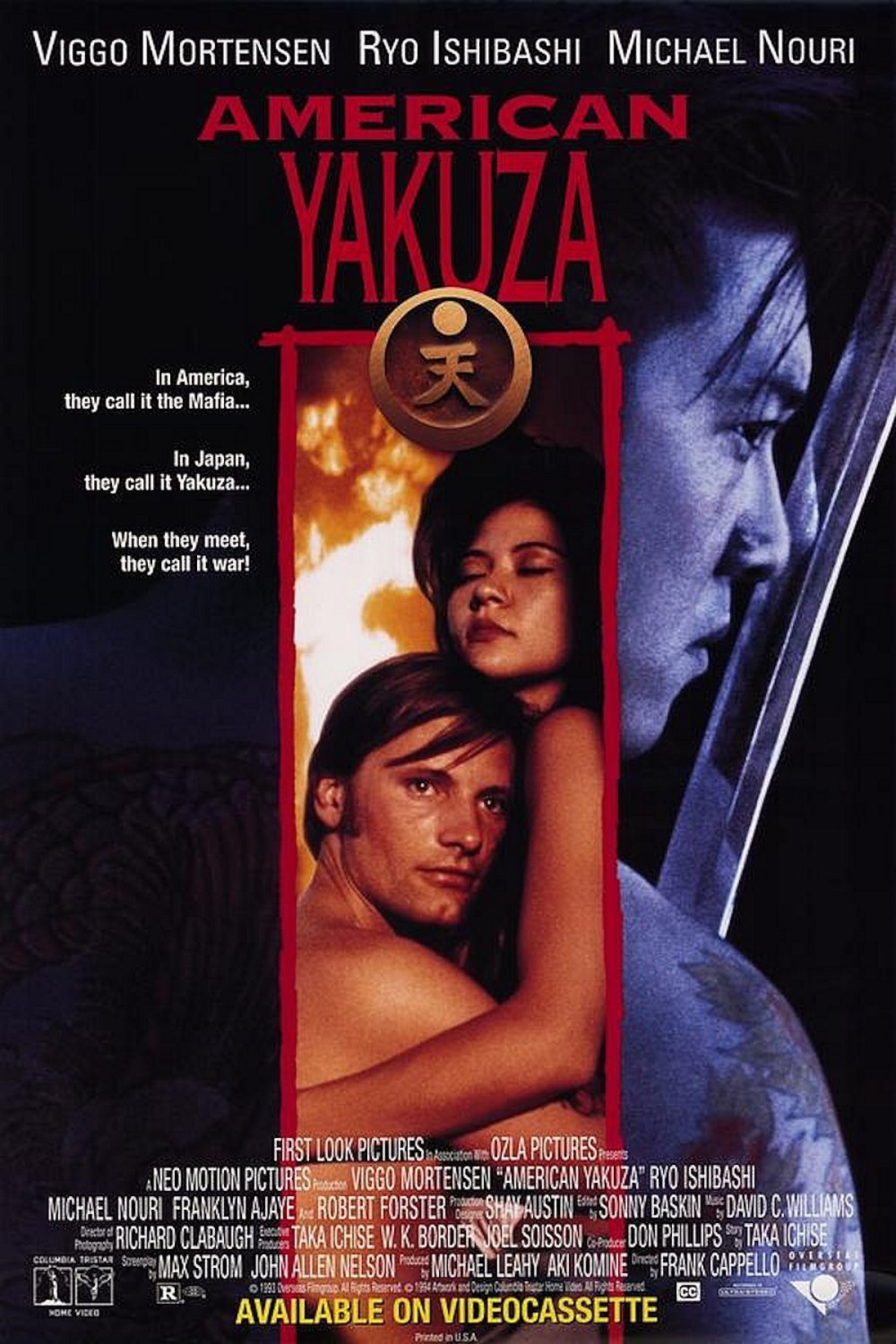 An American FBI agent is lured away by the Japanese Mafia–the Yakuza–in this action film.

“Viggo Mortensen is… AMERICAN YAKUZA.” That’s what it says on the trailer. This is a rare early Viggo lead role and it’s pretty much a straight up action/crime movie. In the tradition of AMERICAN NINJA, AMERICAN KICKBOXER, AMERICAN SAMURAI and AMERICAN BEAUTY, Viggo is an American white guy who earns the trust and acceptance of the Yakuza, complementing their traditions and rituals with his own American spirit. When they drink sake he drinks Bud Light or Wild Turkey. But don’t worry man, he’s cool. I’ll explain. END_OF_DOCUMENT_TOKEN_TO_BE_REPLACED