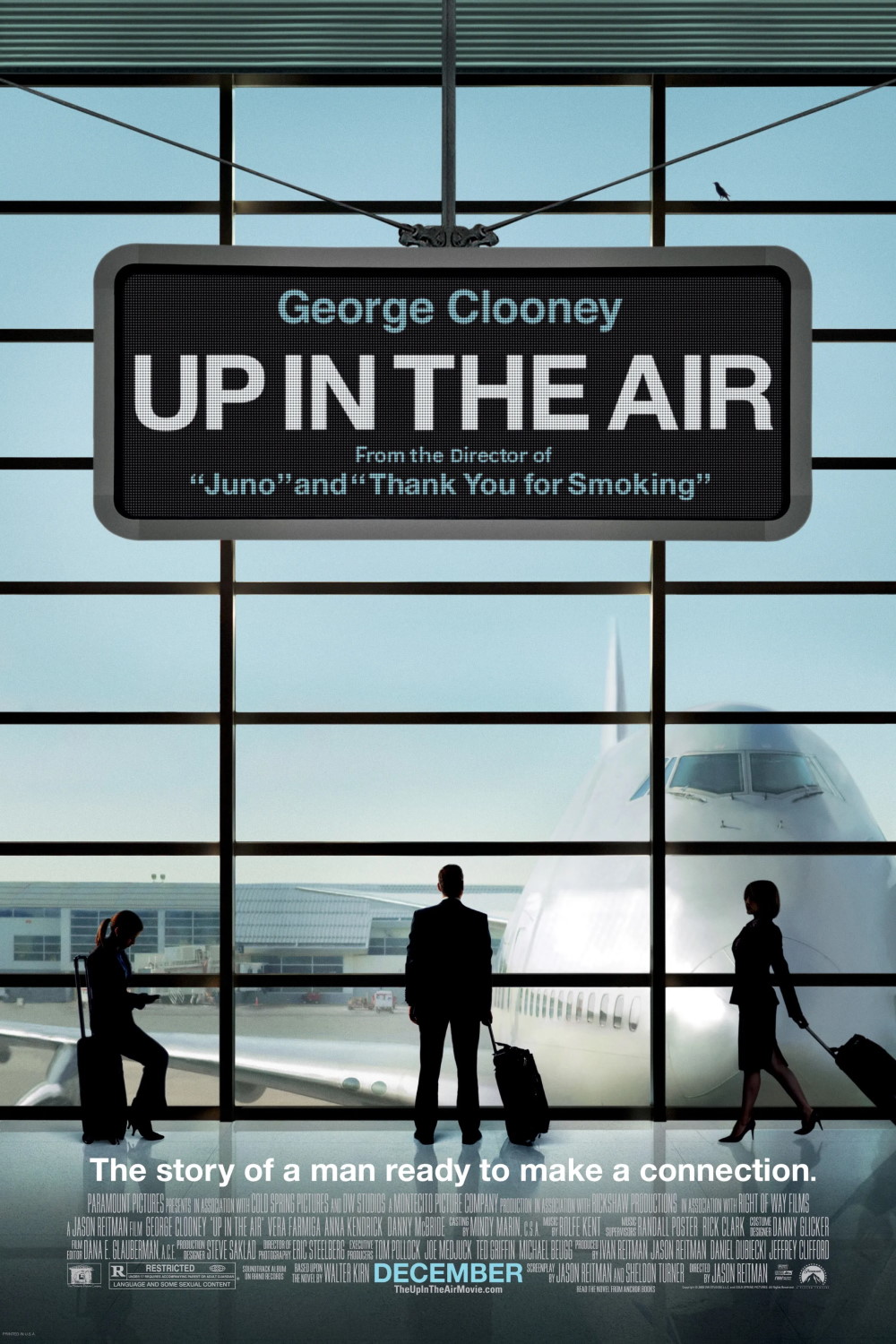 Ryan Bingham enjoys living out of a suitcase for his job, travelling around the country firing people, but finds that lifestyle threatened by the presence of a potential love interest, and a new hire presenting a new business model.

It’s the story of Ryan Bingham, a guy who flies around the country to lay people off. He works for a company hired by other companies too chickenshit to swing the ax themselves. He has a whole rap about how you weren’t meant to be stuck in this job and you need to take this opportunity to follow your dreams. He’s good but, come on, people aren’t really buying it, except out of desperation. END_OF_DOCUMENT_TOKEN_TO_BE_REPLACED