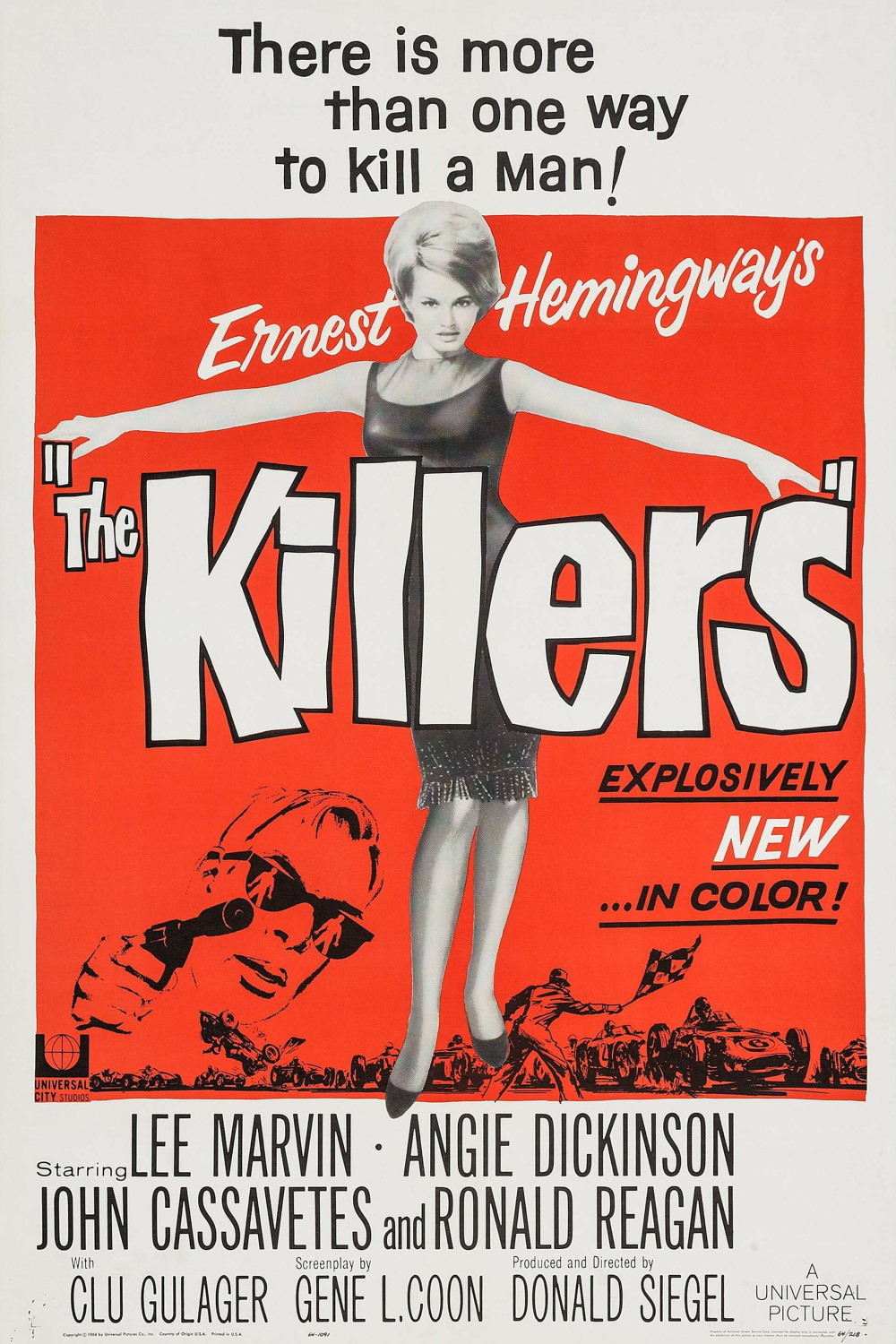 Surprised that their contract victim didn’t try to run away from them, two professional hit men try to find out who hired them and why.

After I wrote about the ’46 version I listened to the extra on the DVD where Stacy Keach reads the Hemingway story, and it explained alot. That movie was a good mystery, but nothing in the main story approaches the perfection of that opening, the tense scene with the two strangers coming into the diner, talking shit, then taking everybody hostage and saying, “I’ll tell you what’s gonna happen. We’re gonna kill the Swede.” I know now that’s because the Hemingway story is only the opening, the rest is all extrapolated from there. In the story you don’t find out what the Swede did to get killed. Adding a whole story to explain the short story really goes against the spirit of the thing, because to quote Jack Skeleton about Christmas presents, “That’s the point of the thing, not to know.” END_OF_DOCUMENT_TOKEN_TO_BE_REPLACED