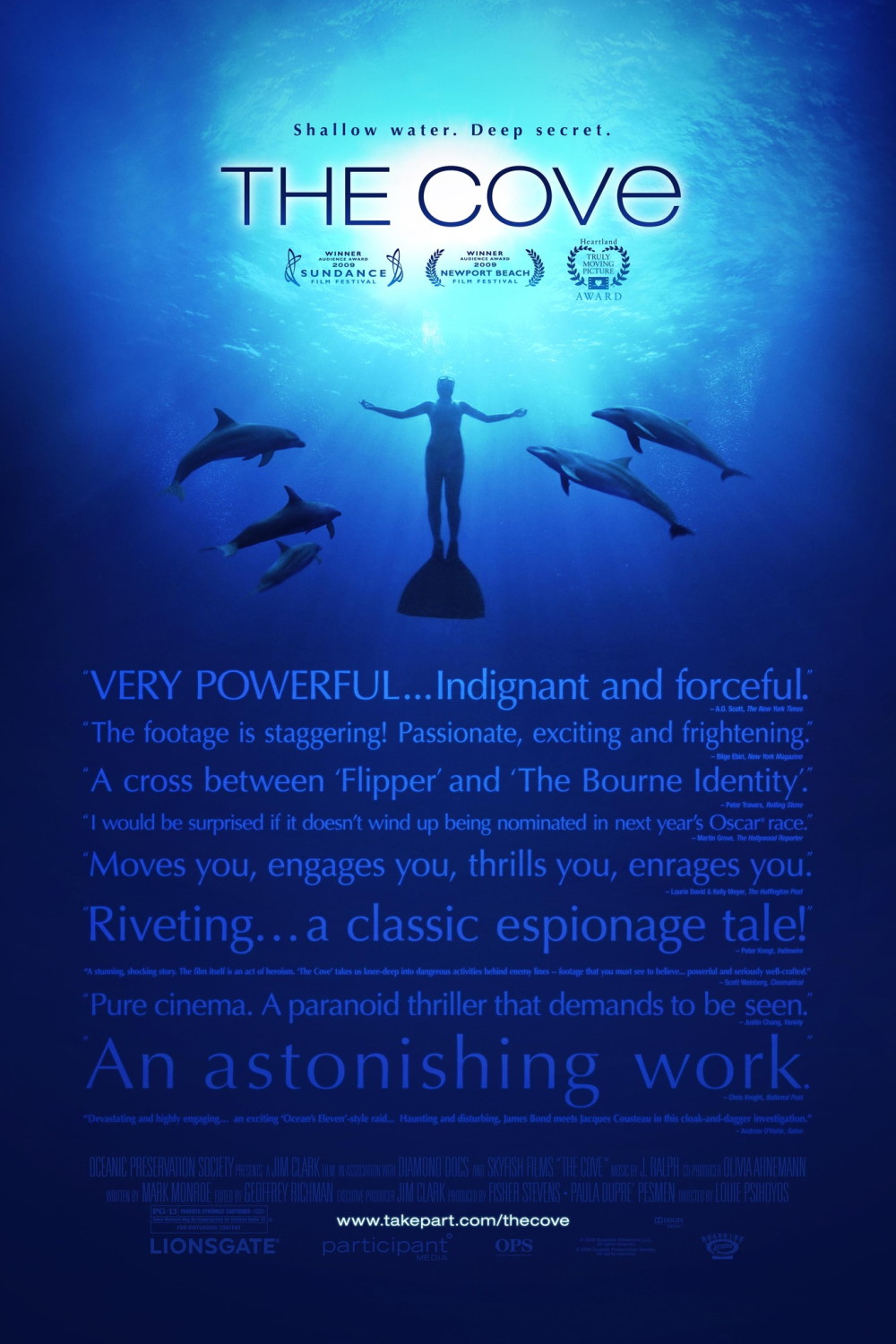 Using state-of-the-art equipment, a group of activists, led by renowned dolphin trainer Ric O’Barry, infiltrate a cove near Taijii, Japan to expose both a shocking instance of animal abuse and a serious threat to human health.

I knew that lefties and environmentalists and stuff were interested in this documentary, what I didn’t know until I saw it was that it really is fascinating. This is a great story and document of people setting their mind on achieving a difficult task and then doing it. It opened my eyes to some gruesome shit I never heard of before, but instead of preaching to me it kept me on the edge of my seat with a crazy suspense story. Sonofabitch, they entertained me into caring about dolphins. END_OF_DOCUMENT_TOKEN_TO_BE_REPLACED