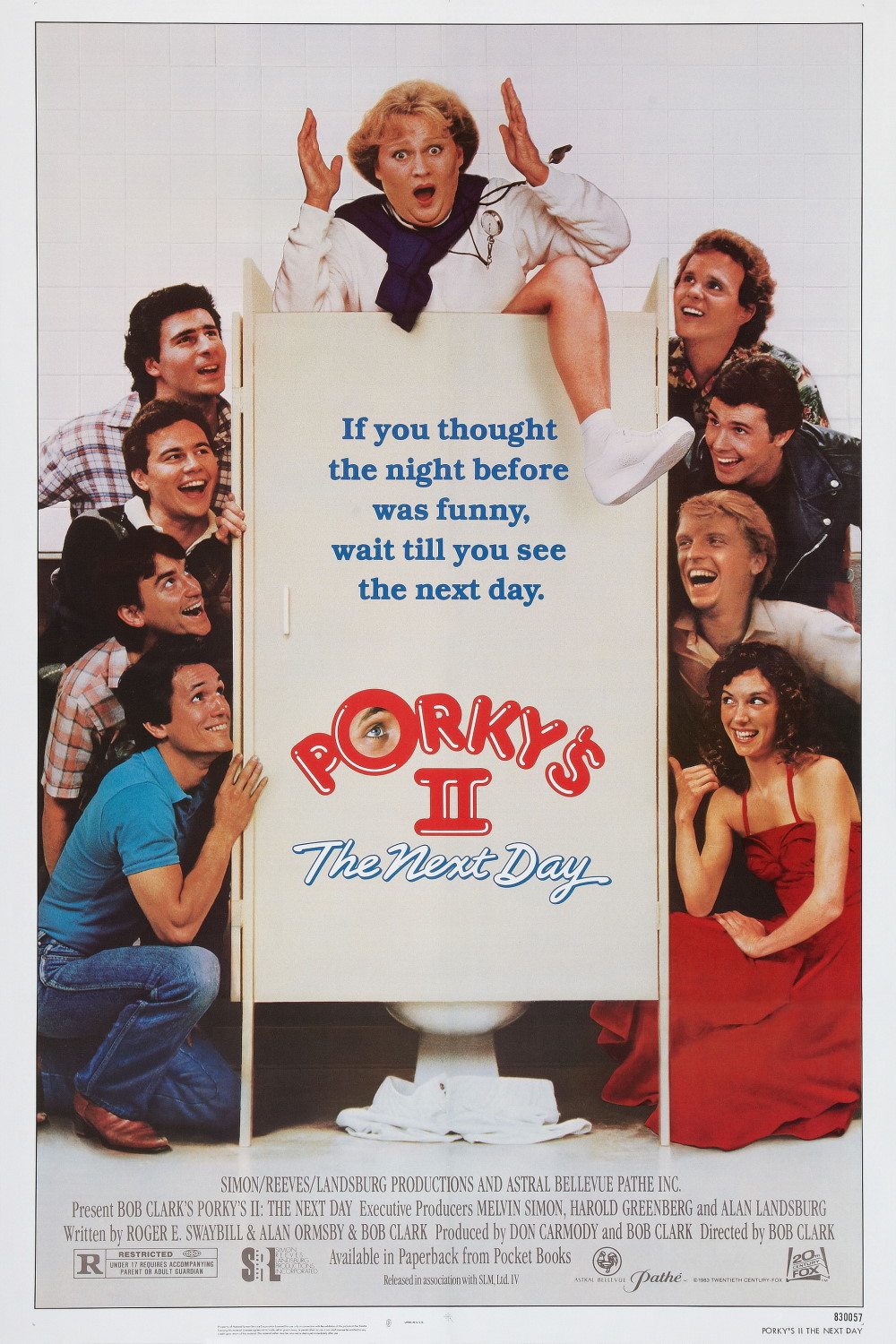 The naughty high schoolers of Angel Beach High now seek revenge on a group of KKK religious fanatics and corrupt politicians who want to shut down their Shakespeare production after they cast a Seminole transfer student in the lead.

PORKY’S II: THE NEXT DAY is a weird one – a foolish but also pretty enjoyable shot at catching lightning in a bottle. On one hand the gang from part 1 kind of seem like they’re your buddies, so it feels natural to go back to school with them. On the other hand the fresh feel of the first one came from trying to make a different kind of movie, and from basing it on stories from Bob Clark’s youth. For this one, to a certain extent, he’s trying to make the same kind of movie, and making up new stories that might remind you of the real ones. So it’s kind of forced. END_OF_DOCUMENT_TOKEN_TO_BE_REPLACED