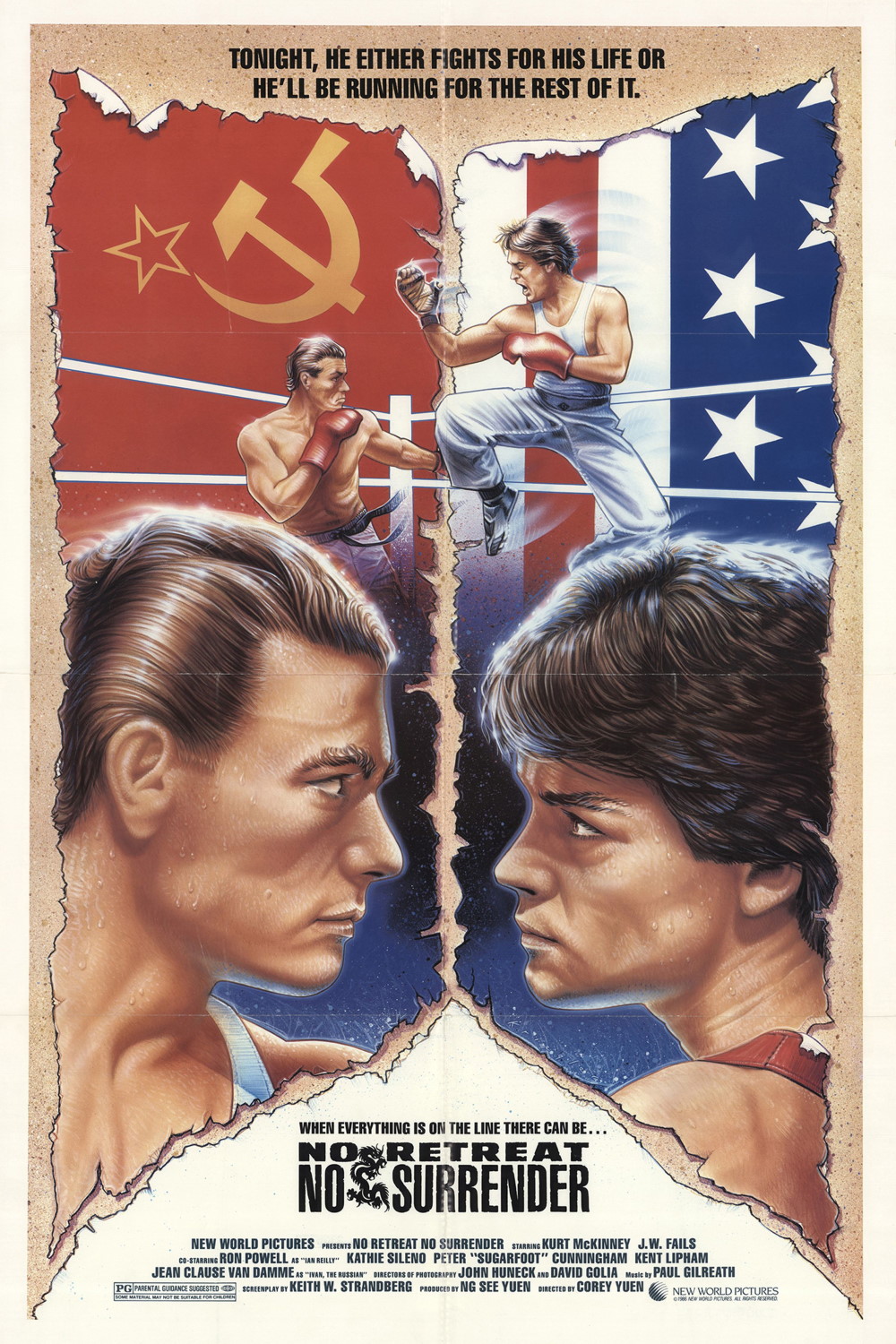 1986No Retreat, No Surrender

Jason, a Bruce Lee fan, sees his karate instructor/dad beaten by martial art thugs. They move to Seattle where, after humiliations, he trains with Bruce Lee’s ghost so he can defend himself and others against thugs.

The actual star of the movie is Kurt McKinney as Jason Stillwell, a dorky white guy but an actual martial artist at least. Something about his squareness kind of reminds me of Brandon Lee for some reason. His dad runs an L.A. karate school, but shuts it down and flees to Seattle after organized crime figures (with Van Damme as henchman) threaten him. END_OF_DOCUMENT_TOKEN_TO_BE_REPLACED

I have seen a lot of talk about Jean Claud Van Damme on this news group so what i did was I decided to go out and rent some of his movies over at a “Blockbuster video” that they have here. i made a night out of it actually and so here’s what i think about this much discussed karate man.

First of all, body. Small but not that bad. The way he does the splits and everything kind of makes him look like a fairy but I bet he could kick a guy pretty hard. I’m still skeptical how long he would last inside but he’s not as weak as some of the pretty boys i’ve seen in movies. Put it this way I was surprised. END_OF_DOCUMENT_TOKEN_TO_BE_REPLACED