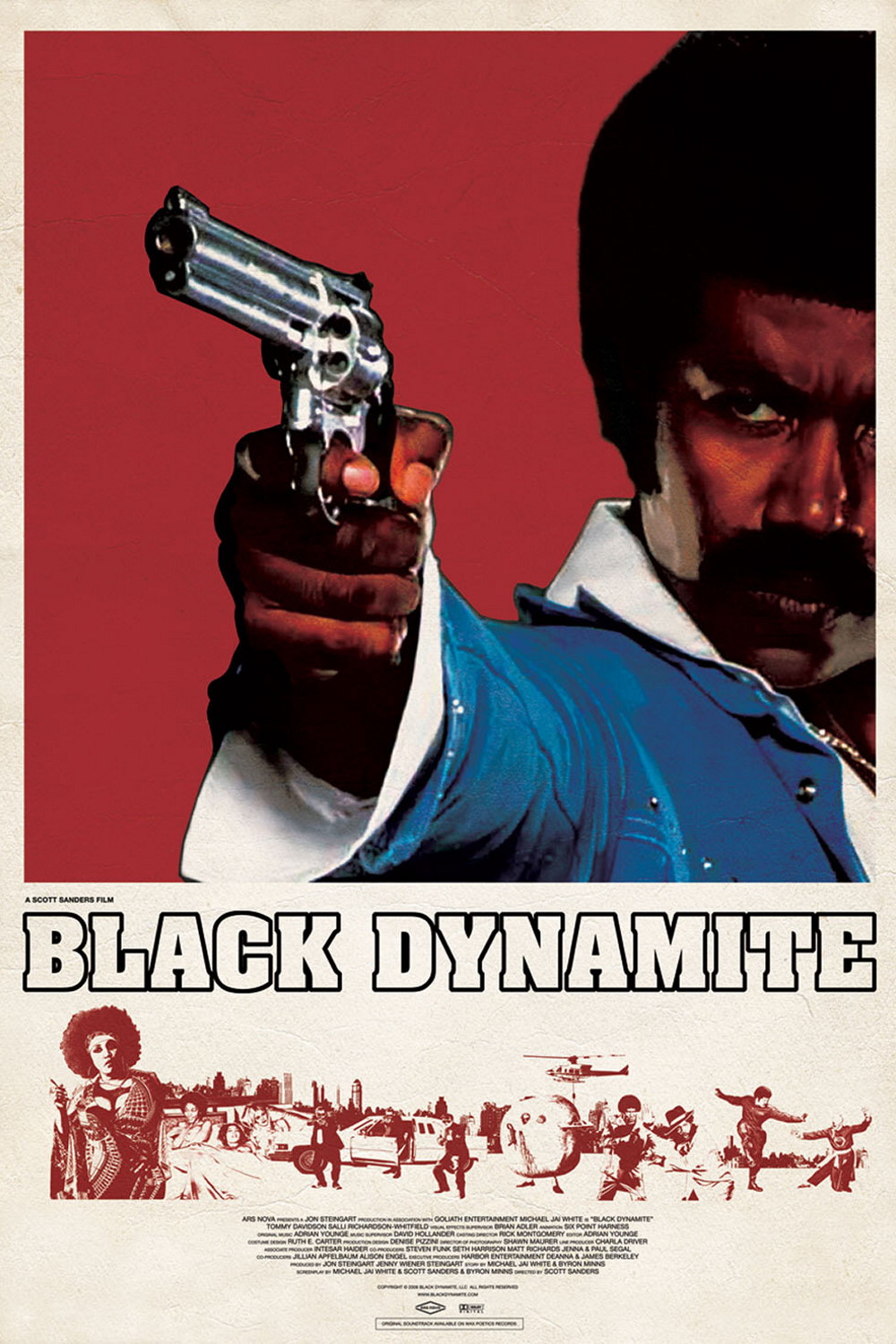 Black Dynamite is the greatest African-American action star of the 1970s. When his only brother is killed by The Man, it’s up to him to find justice.

Doing a blaxploitation homage in 2009 sounds good on paper, because there are a finite amount of authentic movies of this genre. At a certain point you run out of blaxploitation to watch, and you need more. It never hurts to have backups. But when you think about it there are a million ways for a movie like this to be disappointing or worse. BLACK DYNAMITE has great posters and trailers, but that doesn’t prove anything. For my tastes it’s a fine line to walk. I didn’t want to see something too jokey or spoofy, something that was mocking these movies more than paying tribute to them. And there’s no reason to assume an independent film out of nowhere from filmatists without that much of a track record will capture a vintage blaxploitation feel. END_OF_DOCUMENT_TOKEN_TO_BE_REPLACED