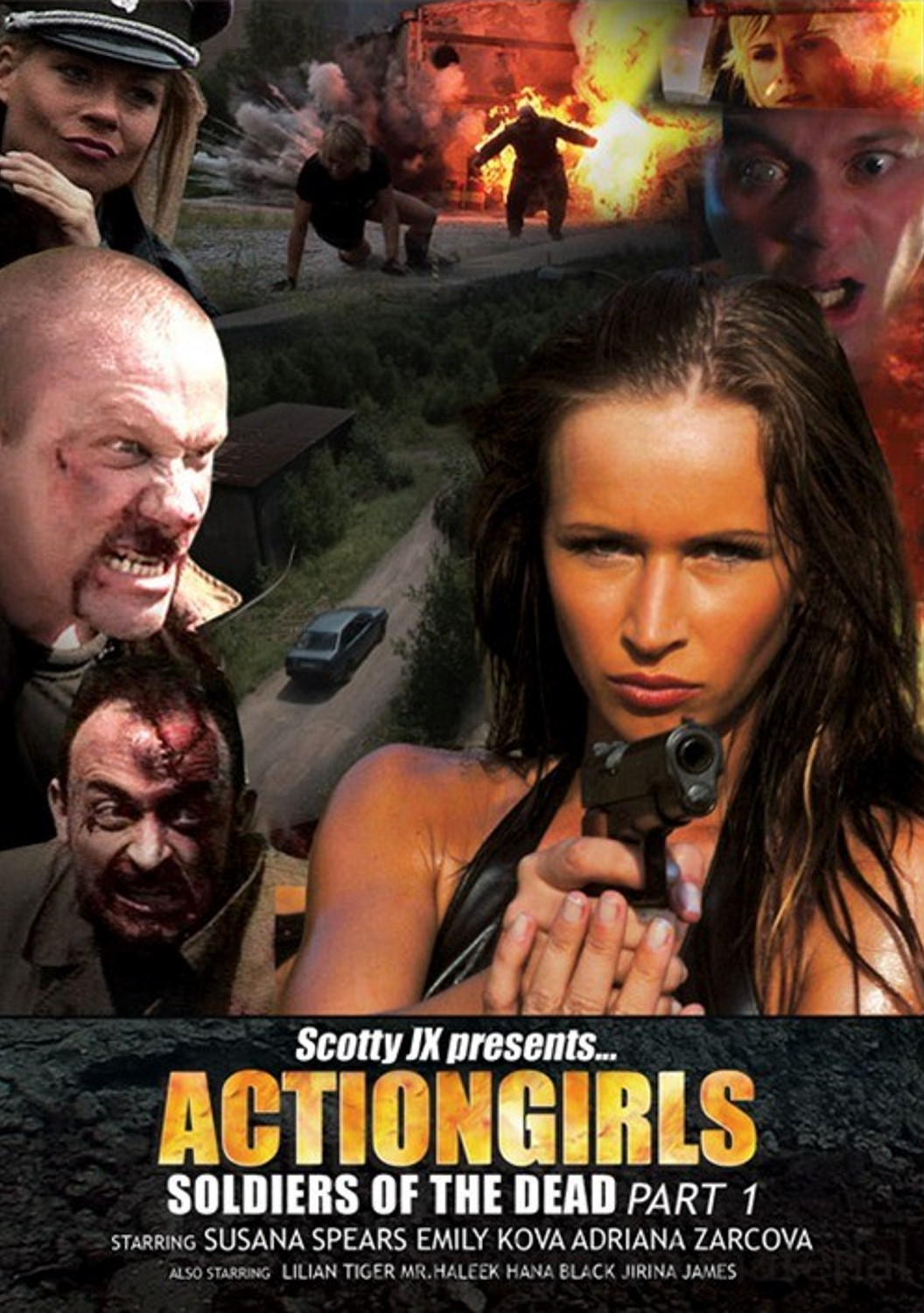 In the future, the world as we know it has been destroyed. Menacing gangs loot the cities searching for new members. The most notorious of the these gangs is known as Helman’s Death Squad. Helman, a female slave trader, searches for female fighters to compete in his Arena of Death. Winners have a chance of escaping their slavery by leading by his side as his queen. Adriana Zarcova (dressed as a Nazi), Helman’s most prized possession tires of her boyfriend’s love affairs and decides to start her own organization when she accidentally stumbles upon secret government plans to create super soldiers of the undead. Adriana uses her newfound plan to to raise a super army of the Undead to crush her boyfriends most prized female fighters. Alone and outnumbered the Actiongirls must battle Zarcova’a growing army of dead soldiers in a fight to the finish.